First, right now, I will give the Rules and Guidelines.

Next, Monday Apr20 at 5 PM EST, I will give the specific challenge of this contest.

This way, you can examine the rules, decide if you want to participate or not!

Here is a table showing what you can win! Your winnings depend on which date the first place finisher finishes (on EASTERN STANDARD TIME – NYC, NY, USA time). After I confirm that someone has won first place, the contest will end in 36 hours, after which no one can finish! 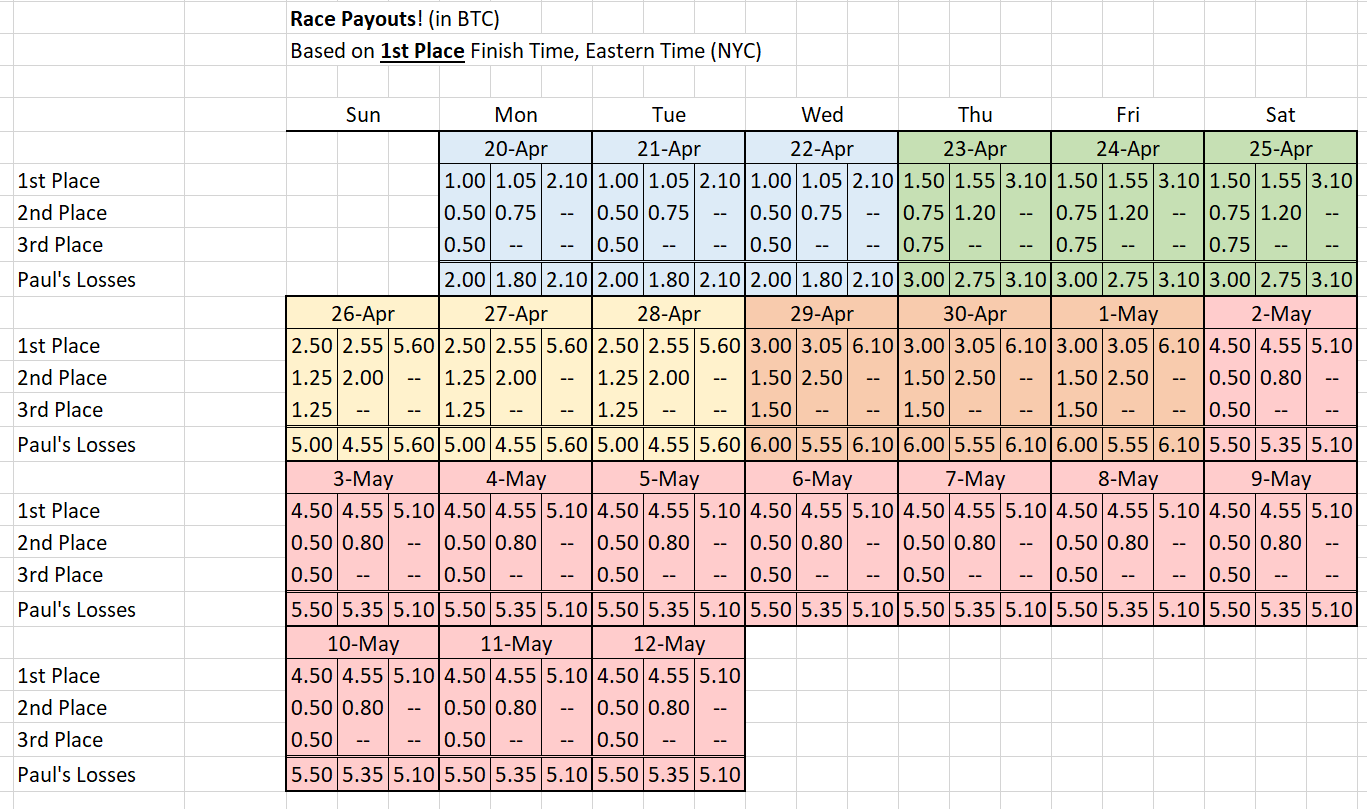 Here are comments on the table:

How does one win the race?

The core task is do a “code transplant” from a mystery Altcoin Project [to be revealed Monday] into our Sidechain Template (see here and here. And thus “turn an Altcoin into a Sidechain”. 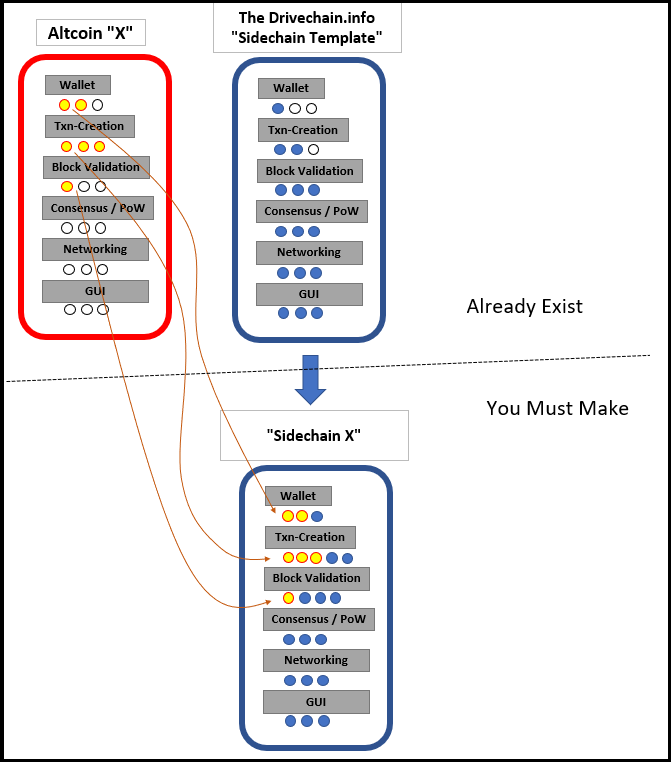 But, obviously, this will be much easier said than done!

Here are the details:

Here are even more details:

How Can I Ensure That My Submission Passes the Test?

Zcash would make a pretty great sidechain of Bitcoin, don’t you think?

You must take from the Zcash GitHub, and add to the Sidechain Template.

Here is a specific list of all Zcash cli-commands, that I have sorted and organized. The commands with double-asterisks are the ones you must focus on. The others you can just ignore.

In general, these two commands are the main goal:

…and their subsidiary functions (ie: z_listaddress, and wallet management).

I will test both softwares, by simply generating some new Zcash keys, and then running the exact same commands through both. I should get the exact same output from both!

Then I will try to withdraw some z-side test coin from its sidechain to its mainchain.

Its been over a year since the last Drivechain Usage Tour. Since then, we’ve added many features.

Test Your Knowledge of Drivechain