Drivechain allows Bitcoin to create, delete, send BTC to, and receive BTC from “Layer-2”s called “sidechains”. Sidechains are Altcoins that lack a native “coin” – instead, pre-existing coins [from a different blockchain] must first be sent over.

Transfers from sidechain back to the mainchain (ie, from Layer 2 back to Layer 1) are not done via verifiable proof, but instead via conjecture-and-refutation. A “bundle” of transfers is asserted, and then slowly “ACKed” over time. After 3 months of ACKing, the bundle succeeds. Thus, the SC:BTC market price cannot deviate significantly from a 1:1 ratio. More info.

It is very risky for Bitcoin to go without Drivechain.

Per learning theory, here is an explainer written by someone who just learned Drivechain.

Only obtainable via Drivechain:

View the main critiques of Drivechain.

Read Why Drivechain is Hard for Bitcoiners to Understand.

Go here for a guide on downloading and using this software. It has screenshots to help walk you through the process.

Hang out with us by joining the Drivechain Telegram Group.

Check out this this blockexplorer, and this SideShift (Instant Sidechain Withdrawal Service) project, by @abrkn. 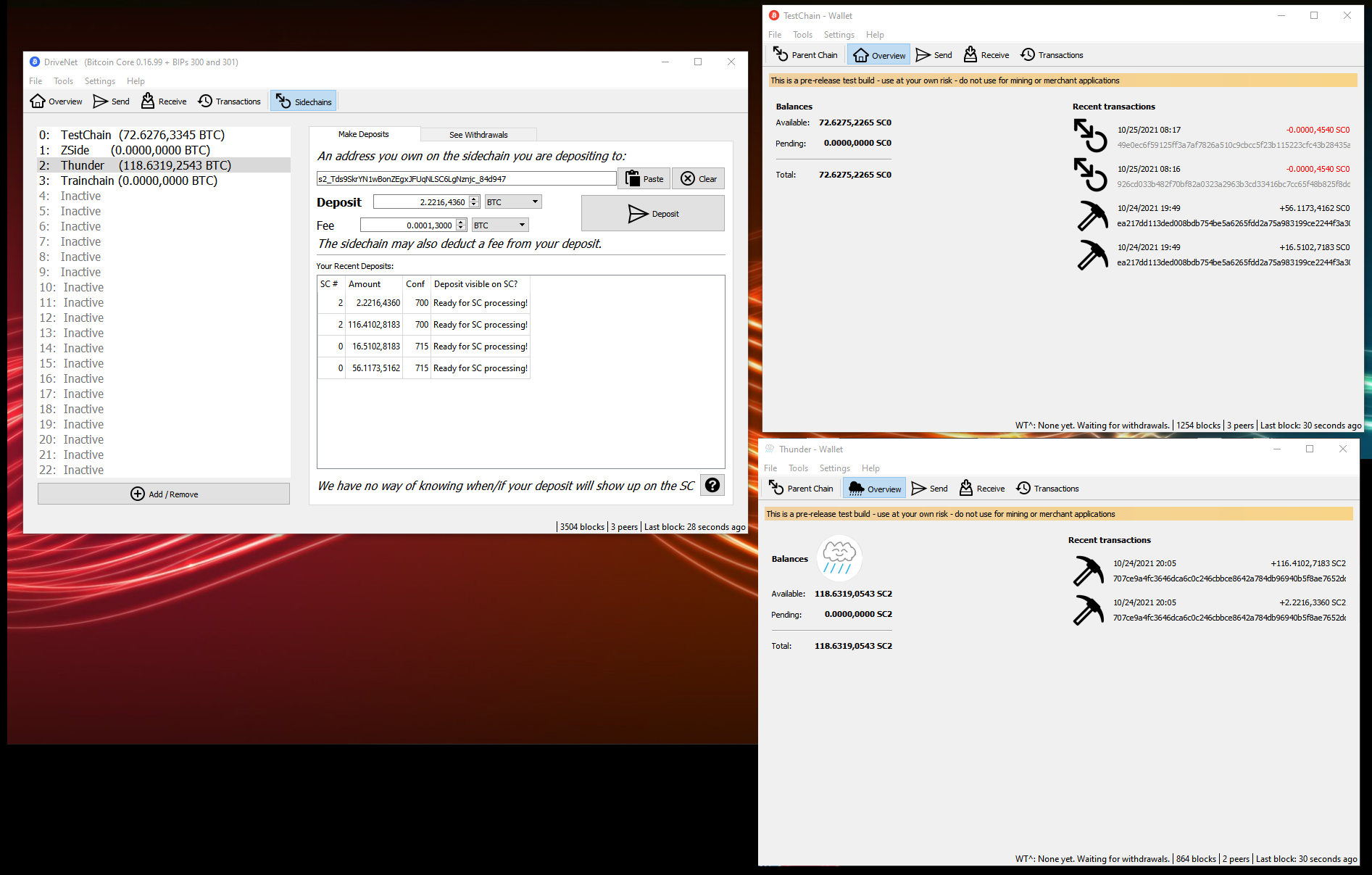 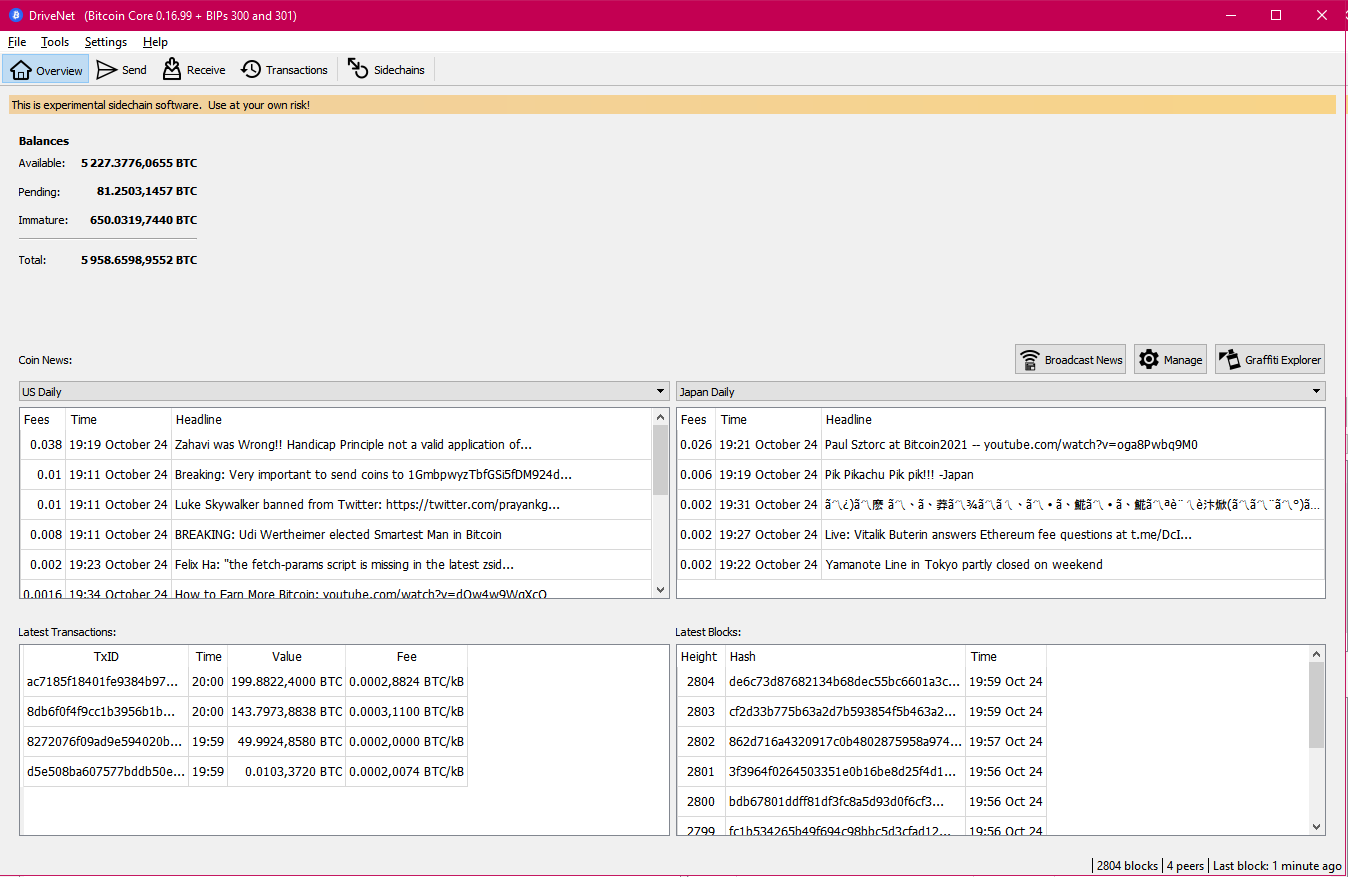 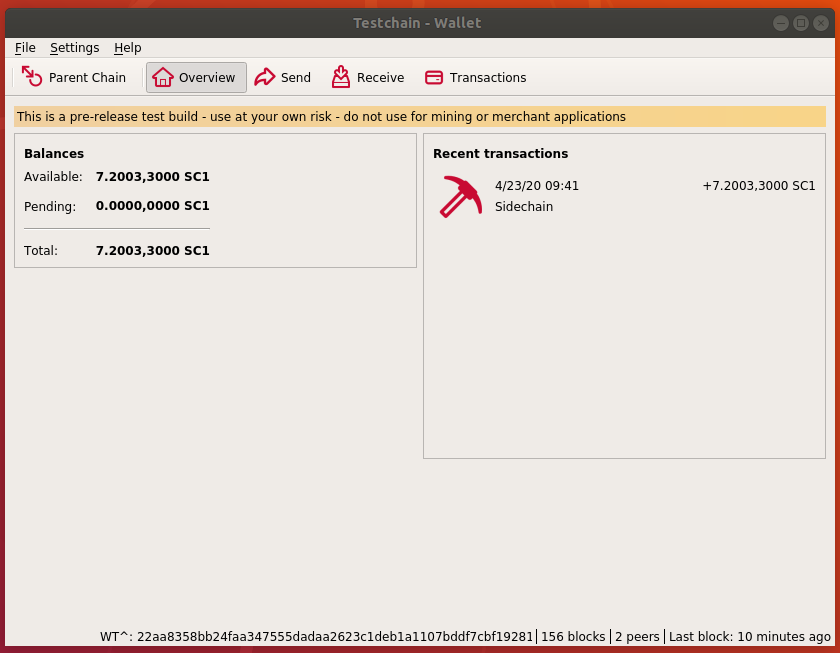 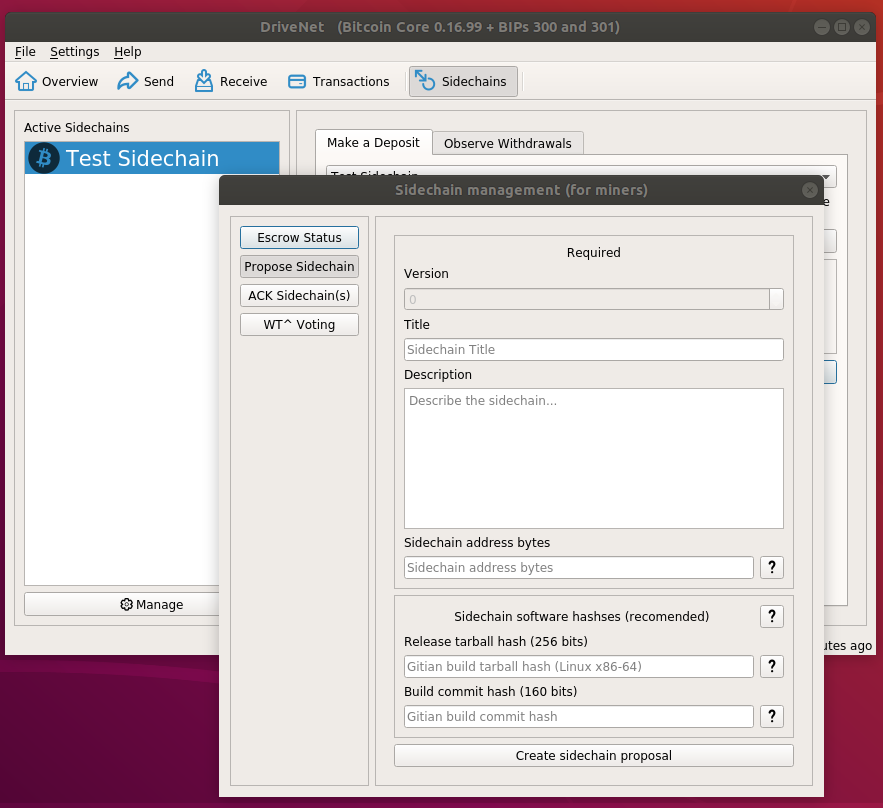 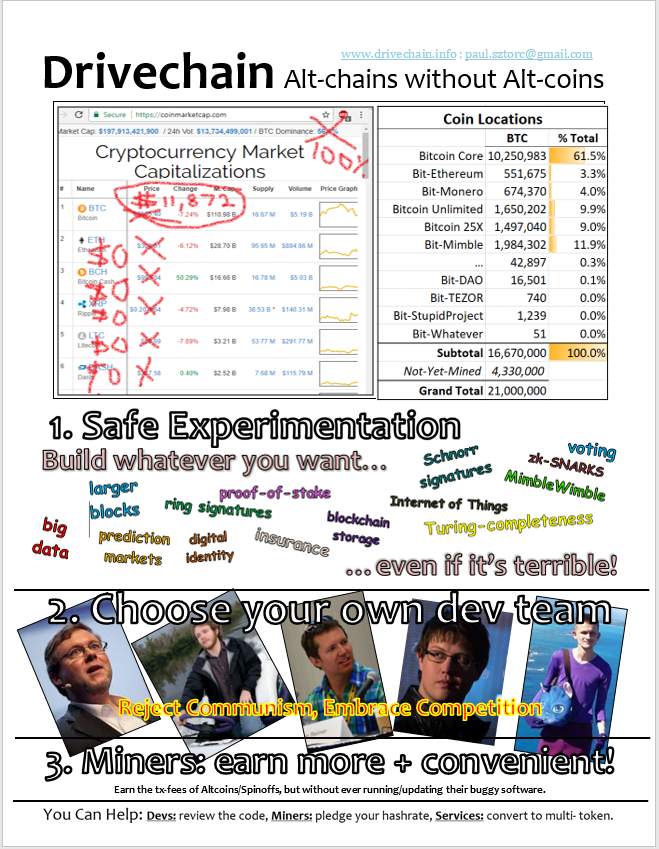 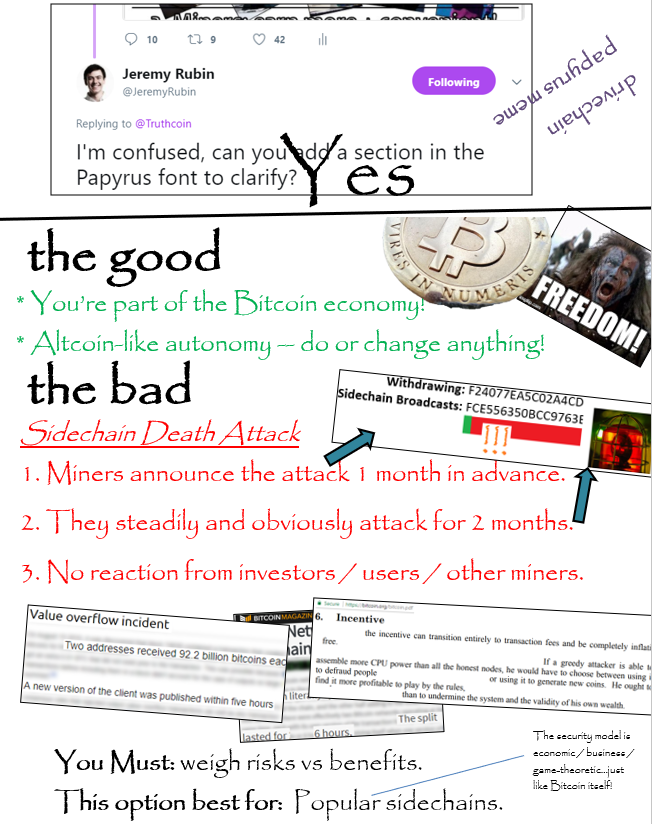 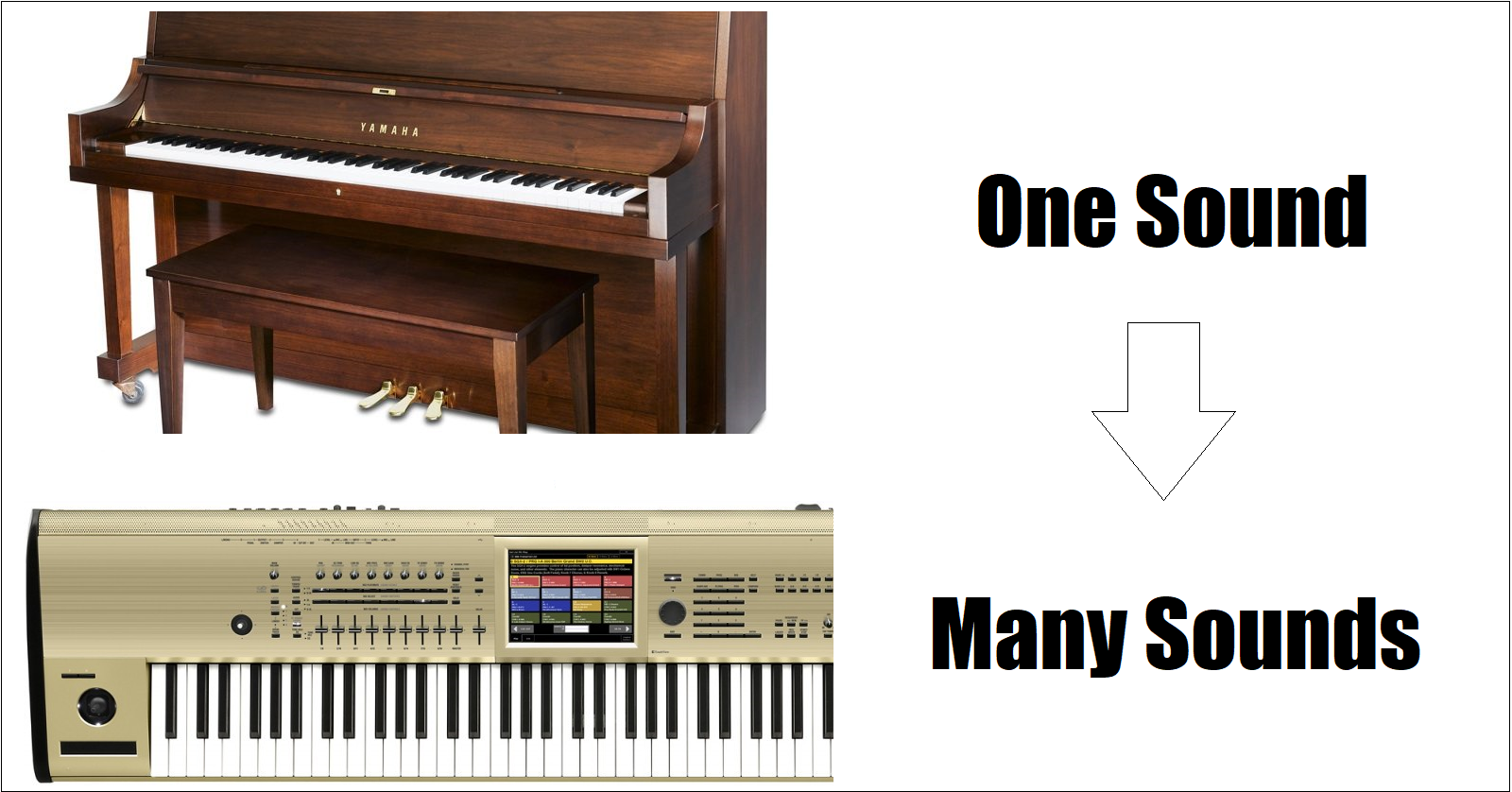 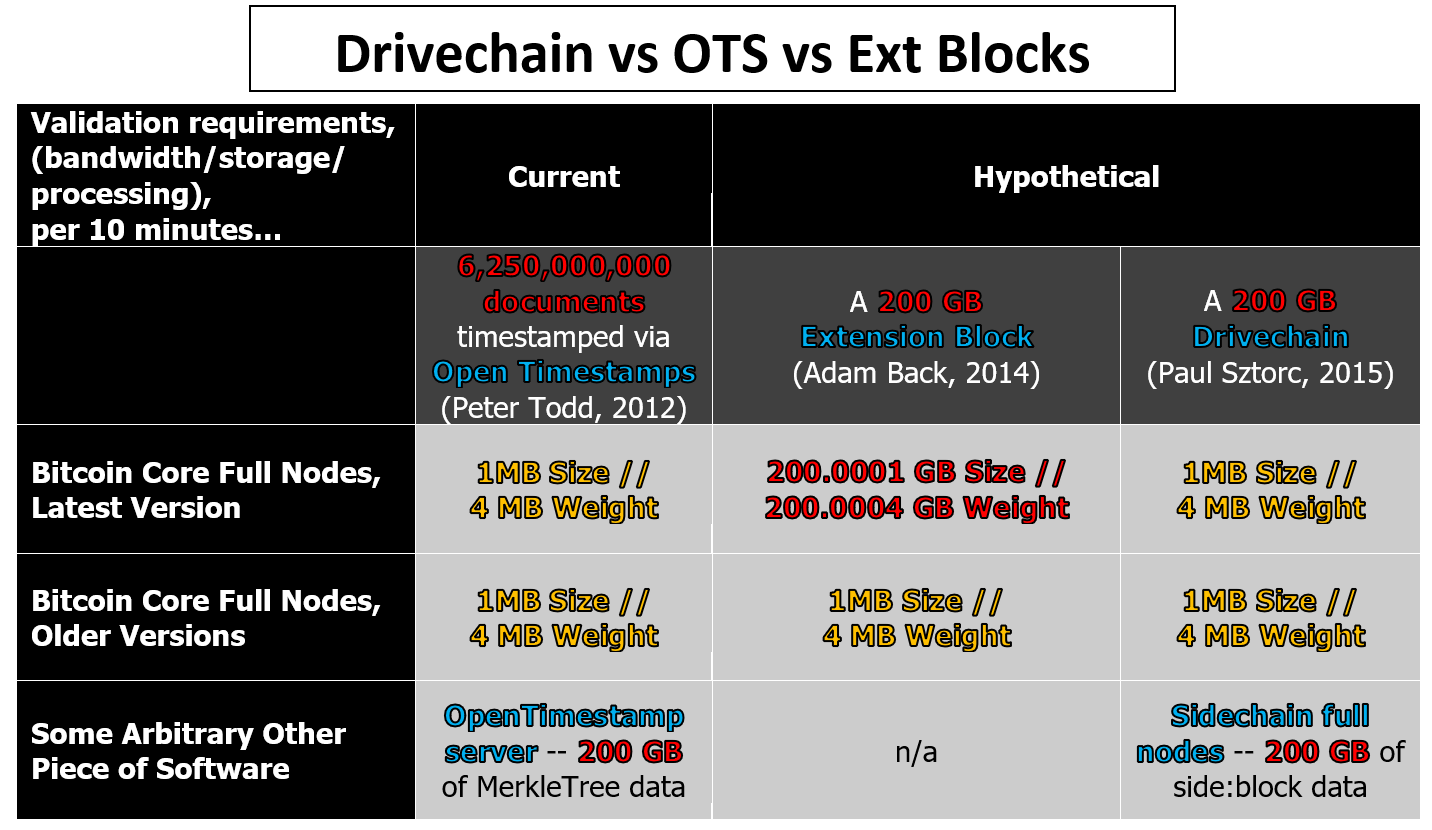 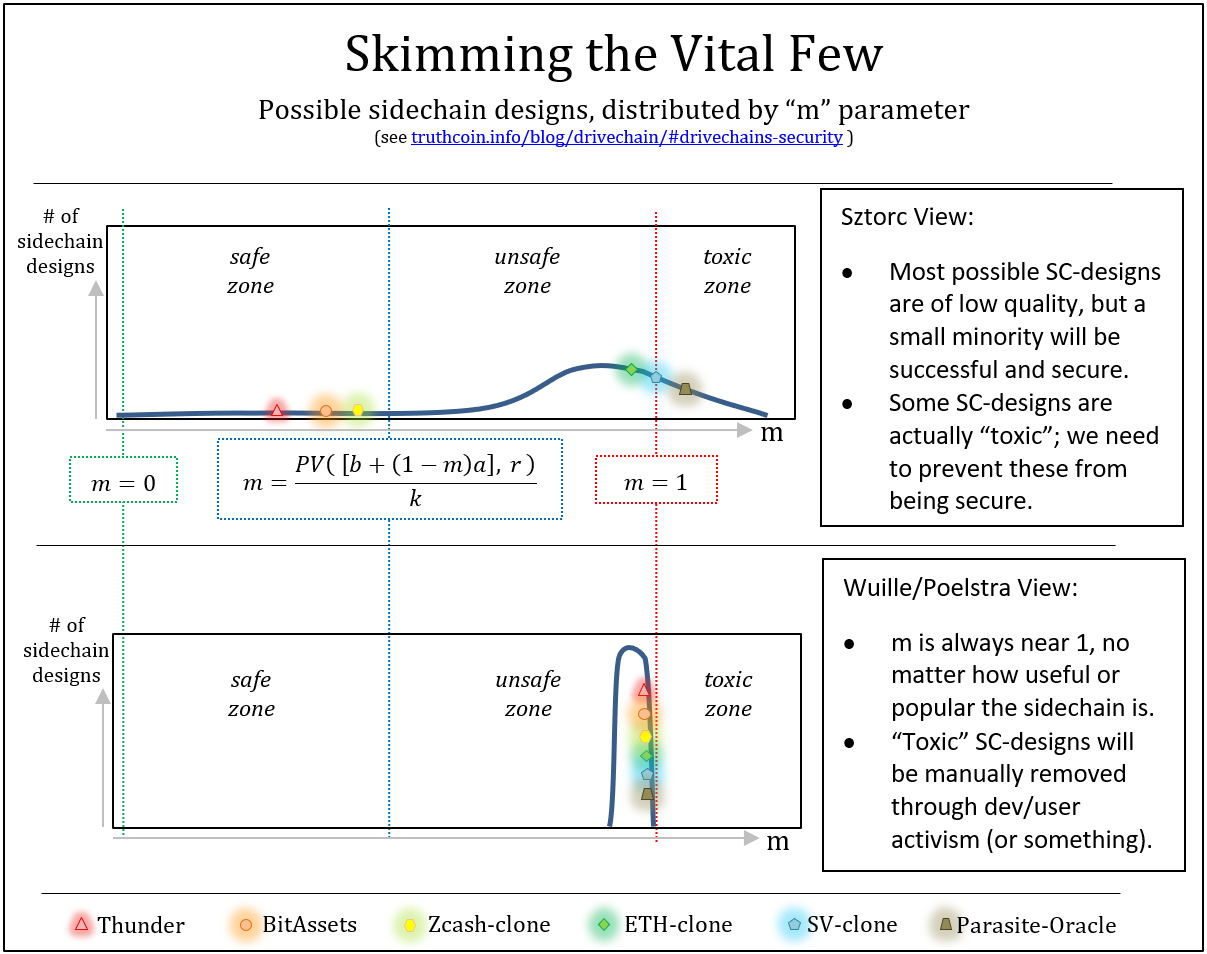 Instead, sidechains are alt-chains that all use the same Bitcoin token. They start with zero coins; they accept Bitcoin deposits, conduct Bitcoin transfers, and finally dispense Bitcoin withdrawals.